You are here: Home1 / History of Seaton House

Seaton House was founded in 1930 by Miss Violet Henry when she purchased No. 69 Banstead Road South. This residential property was a modest semi-detached house on the very edge of open countryside. Her idea was to provide a foundation education for young children in the area and her first class numbered eight pupils. Among those pupils who enjoyed learning the piano with Miss Henry were Noel Coward and Ivor Novello, both of whom went on to worldwide acclaim as did another former pupil, silent film star Lupino Lane. Alongside a love of music, Maths and French were also her specialist subjects. Although in later life she was crippled with arthritis in her hands she continued to teach at Seaton House until two days before her death in May 1976 at the age of 93. She had set a distinguished record of having taught for 75 of her 93 years. A Thanksgiving Service for the life of Violet Henry was held at Benhilton Church in October 1976.

When war broke out in 1939 school life continued with only a short break during the peak of the ‘Buzz Bombs’, with children bringing their gas masks to school each day and keeping in practice at diving for the air raid shelters, the humps of which can still be seen in the school grounds.

Following the death of Miss Henry the school was without leadership as she had neither named or trained a successor. It was an agonising time as her nephew and heir, Peter Henry, deliberated over its possible closure. But good sense prevailed and the school survived continuing to flourish under the Headship of Mrs Ann Raine. Mrs Raine (nee Anne Bunnion) was herself a former pupil at Seaton from 1942 until 1946 when she moved from Sutton to Dulwich with her parents. However she returned to the area in 1968 to live in Kingswood with her own family and 1971 she joined the staff at Seaton House to teach eight year olds. When Miss Henry died, Mrs Raine was asked by Peter Henry to take over for one year only, but continued in the role until her own retirement in 1981. Mrs Raine was asked to define the special quality of the children that had been educated by Miss Henry and commented:

“Miss Henry loved children, but didn’t stand any monkey business from them. She created an atmosphere that was at the same time, both friendly but disciplined. She set a high expectation for the children and they responded. There were no rigid rules dividing them into set groups. Each child was very much individually assessed. They were not treated as a job lot.” 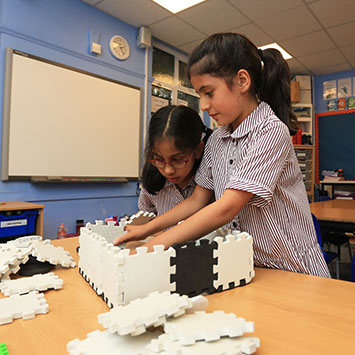 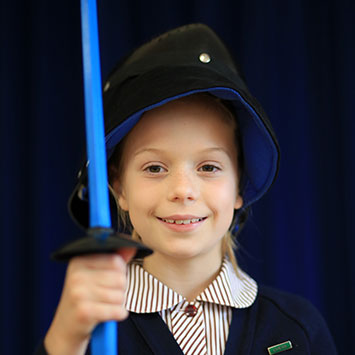 As the school’s reputation grew, numbers increased and the need for additional classrooms became imperative, Number 51 Banstead Road South was then purchased. This building was already a nursery school called ‘Wendy House’ and continues in that use today offering a nurturing and stimulating environment for girls and boys from 3 years old. At five years old, boys leave the Seaton House Nursery to continue their education elsewhere, as the school becomes an all-girl environment from age 5 upwards when the girls join Junior House into Reception, their first full year of ‘proper’ school!

Ms. Elsa Van der Zee, known better to all her pupils as Mrs Elsa Butler, joined the staff of Seaton House in 1976 and following a period as Deputy Head to Anne Raine, she took over the role as Headmistress in 1981. Like Anne Raine before her, she was also an ex-pupil from 1942 to 1946.

The school’s future again seemed uncertain in 1988 during the headship of Mrs Butler, when Peter Henry decided to retire and his plans for the school were once again in doubt. At the same time St. Hilda’s School, Carshalton was sold to a developer and parents were anxious about the shrinking number of independent school places in the area. However the future for Seaton House was secured for a second time when the school was sold to a company especially formed for the purpose by the then Governing body. At the time Mrs Butler said, “The governing body is predominantly parents, kind enough to guarantee the loan and we have applied for charitable status. The school will continue to provide the well-rounded education of girls up to the age of 11 that it has given in this area for almost 60 years.”

Mrs Butler retired to Somerset in 1994 and was succeeded by Mrs Judith Harrison until 1998 when the school appointed Mrs Valerie Richards. Guiding the school with her calm but determined management style, she brought Seaton House into the new millennium, retiring in 2008 and handing over the reins to Mrs Virginia Rickus. Mrs Rickus lead Seaton House for the following six years until her retirement at the end of the academic year in July 2014 leaving the school in a strong financial position and at almost full capacity. Mrs Debbie Morrison joined Seaton House in September 2014 until 2019 when her successor, Mrs Ruth Darvill joined in September as Headteacher and very quickly settled in forging excellent relationships with staff and girls alike. In September 2021 our current Headteacher Mr Carl Bates joined our happy team as the first male Headteacher in the school’s 90 year history.

Certain areas of the school are in some ways still reminiscent of times past, but to many this character and charm are a big part of what makes Seaton House. Both the Junior and Senior departments of the school open out onto a playing field, tennis and netball courts which are unseen by passers-by on the main road. However plans to improve the school are always being discussed and a continuing programme of refurbishment ensues. These improvements provide all pupils with a more contemporary working environment but without compromising the all-important traditions laid down by Miss Henry. These foundations of tradition are an inherent aspect to school life and old-fashioned values are still highly regarded by both staff and parents. A legacy that Seaton House believes Miss Violet Henry would be justifiably proud at leaving.